Normally this Dancebot is an overly cheerful robot that can get under your skin. This fellow has had a catastrophic mechanical failure due to, ahem, blunt force trauma. Can you fix him in time? He is shouting out, "I am leaking" and "I can see the code!". Use this model as an objective marker or as a piece of scatter terrain. Cast in resin and supplied in three pieces. The forearms and separate and the builder may place the arms flat out, raised as if the robot is pleading or one down and the other raised in a feeble attempt at pleading for help. The base is 40mm round.and designed for 28mm Heroic scale gaming. 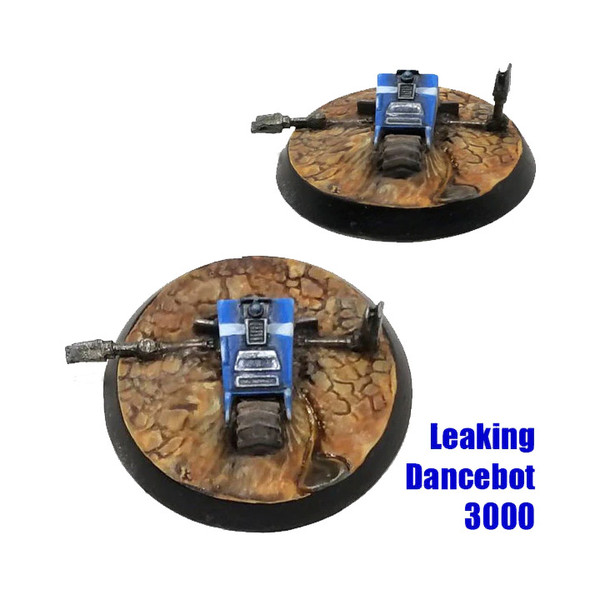