The wolf has been widely used in many forms in heraldry during the Middle Ages. Though commonly reviled as a livestock predator and man-eater, the wolf was also considered a noble and courageous animal, and frequently appeared on the Arms and crests of numerous noble families. Emblazon the shields and shoulder pads of the war host with this emblem. 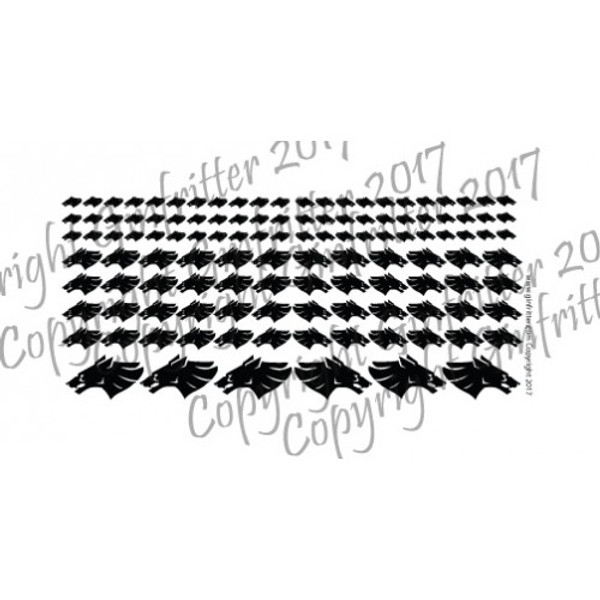